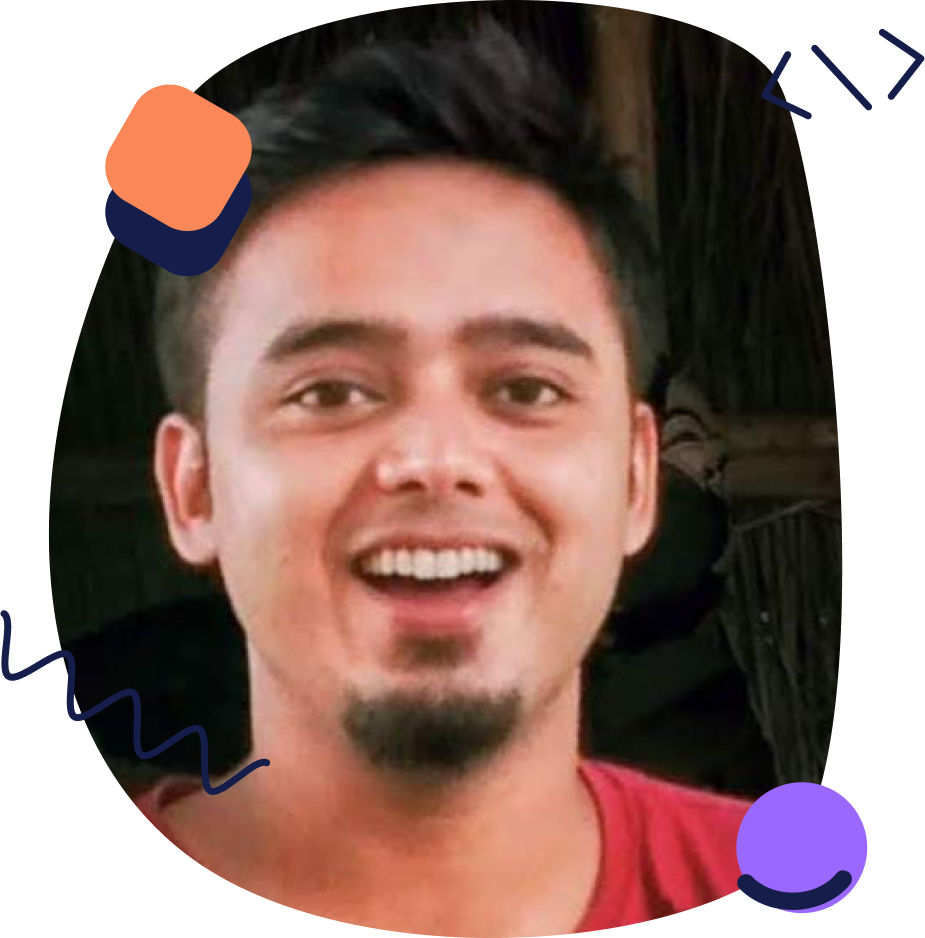 The website redesign work is going great and we are extremely grateful to your team for connecting us to the wonderful people at Visual71 Studios. Przemek and his team at Visual71 have been handling the project really well.

End Poverty India is an NGO on a mission to reduce poverty in India by improving the living conditions for landless or marginal agricultural farmers, traditional artisans, uneducated women, and unemployed youth. Its main focus is on training, education and capacity building, as the foundation stones of positive change. The organization partners with both individual donors and enterprises through CSR initiatives. It also works with state and central governments to further its cause. The charity was looking to improve its brand identity, with the ultimate aim of scaling its impact nationally.

Through Tech To The Rescue, End Poverty India was put in touch with Visual71, a design agency from Wrocław, Poland, which worked on the branding project for the charity. The goal was to improve the charity’s visibility among its target audience, which were enterprises able to support it in two main ways. Firstly, there was pro-bono support on legal matters and other issues related to the running of the charity. Secondly, there was financial support through CSR initiatives. The rebrand wasn’t just about visual identity, but also about the way in which End Poverty India was communicating its mission, work and impact. The right information architecture, UX and UI were all crucial here.

The new brand showcases the charity as a mature, well-run organization which is worth investing time and money into. It speaks to the target audience as equal partners, who can support them on their worthwhile mission. The internal team is confident that the new messaging and visual identity will enable the charity to scale its impact and to attract new supporters. It’s a big step change from its original brand, but they believe that it will be very effective. 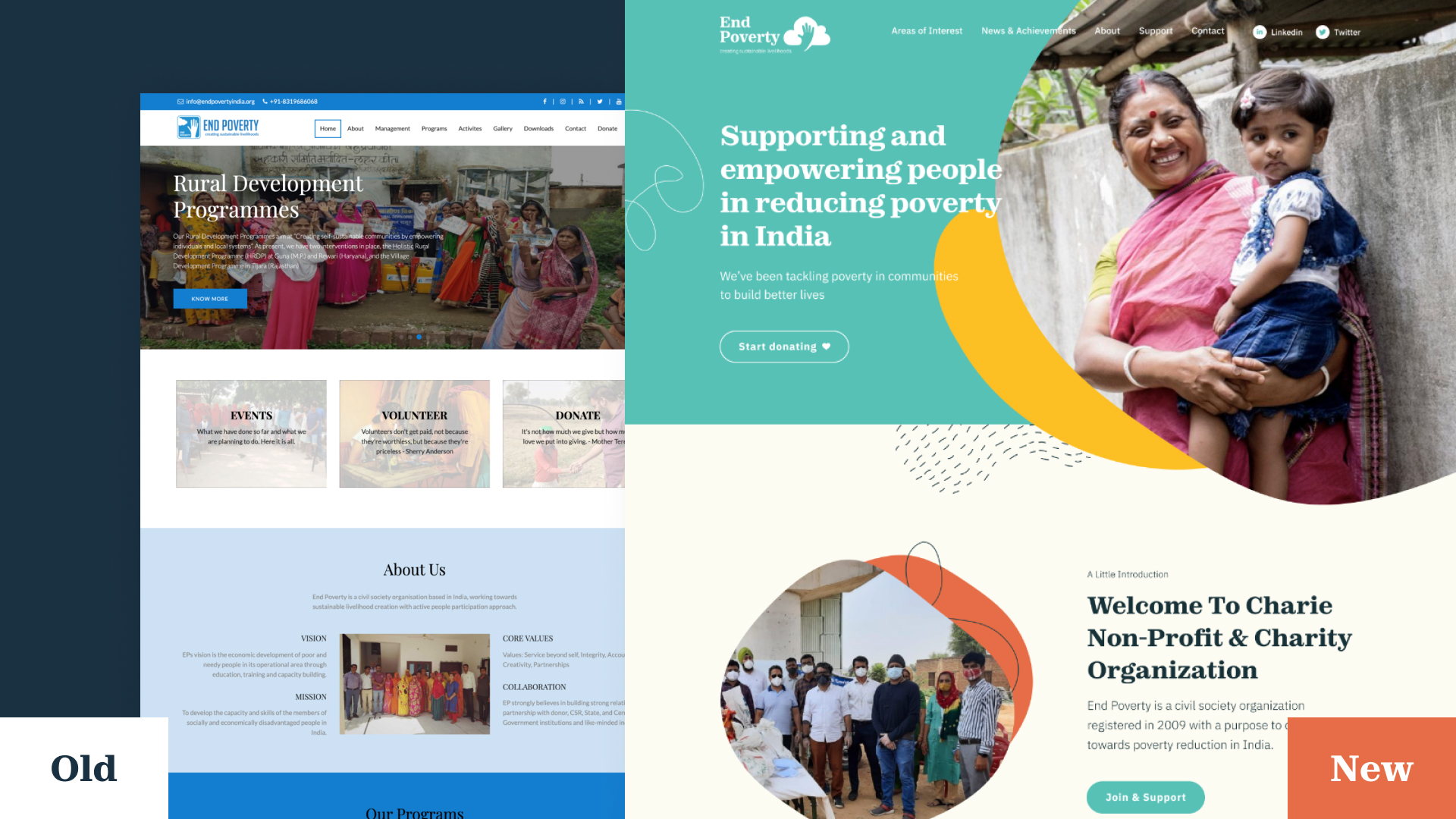 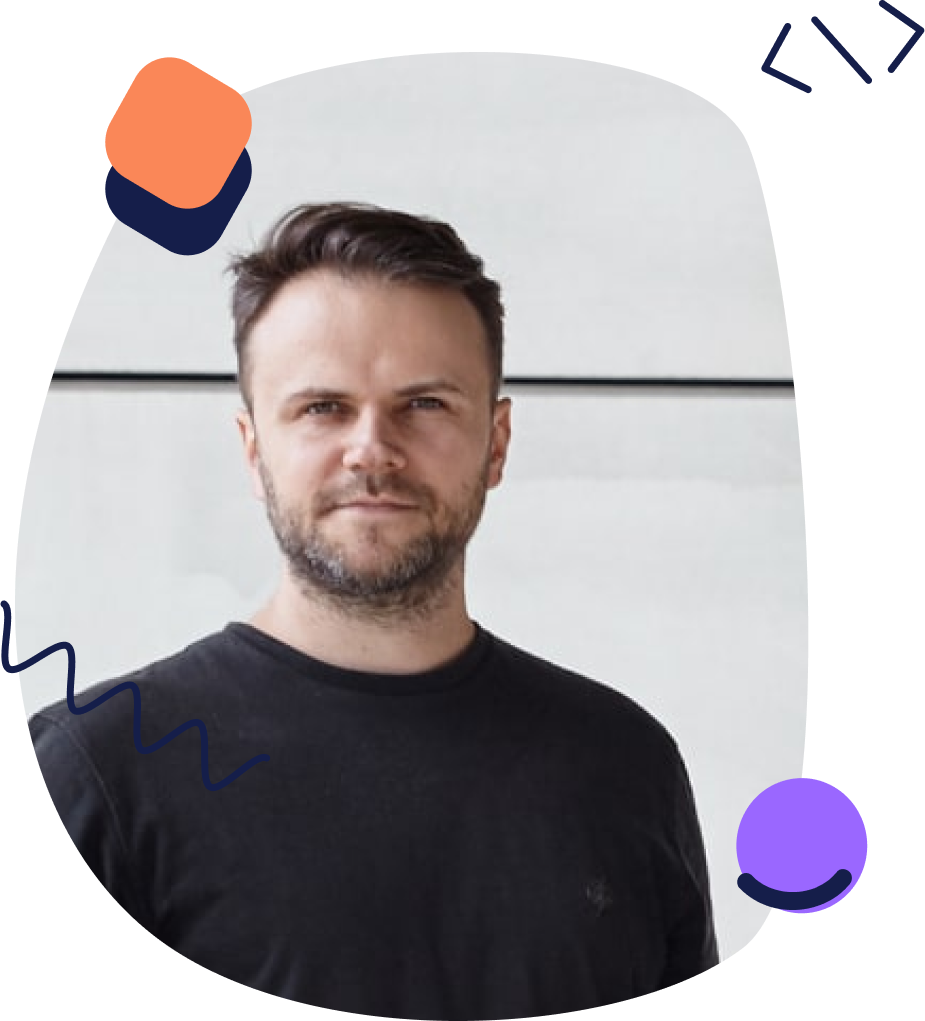 We’re all about diversity in our work, as well as supporting charities whenever we can. The work we did for End Poverty India certainly brought our internal team of developers and designers a huge deal of satisfaction. Thank you to Tech to The Rescue for matching us with such a great project, which we wouldn’t have found otherwise. We needed that spark of connection!

Przemek Pawlak, Co-founder at Visual71
Back to all case studies