Yesterday-Today-Tomorrow (YTT), is a Paris-located, global art-based Humanitarian NGO that develops and implements an unparalleled psychosocial support Learning Approach to refugee communities around the world. It delivers psychosocial education to refugee communities around the world, in partnership with several universities in Europe and with NGOs on the ground. The founder of YTT, Bryan McCormack, reached out to Tech To The Rescue to help develop an app for Ukrainian children who were dealing with trauma as a result of the ongoing war. We spoke to Bryan to find out more about the project.

Welcome Bryan. Could you tell us a bit about the history of YTT and how it was founded?

Bryan: Sure. I’ll begin by giving you a bit of my personal background. I actually didn’t start out doing humanitarian work - I’m from an art background. I’ve worked on many huge exhibitions around the world, covering everything from sculpture and performance to photo and video. I’ve always worked on social themes, and only museum projects as opposed to commercial ones. I was invited to participate in the 2017 Venice Biennale with an agreement that my work would focus on the refugee crisis.

I’m based in Paris, so I started by going to a refugee center outside of the city. I met some Chechnyan children who had just arrived as unaccompanied minors. The staff there had problems communicating with them because nobody spoke their language. I started working with them, doing some simple drawing activities.

Simultaneously to that, I began collaborating with Professor Paola Perucchini a child development Psychologist and expert in non-verbal communication from Roma The University in Italy and Dr. Henry Bell who during that time was a Professor at Sheffield Hallam University in England and is an expert in a type of social theatre. We were trying to figure out how we could work together on using art as a social element. I quickly realized that both children and adults who had lived through traumatic experiences in their lives, might not be able to talk about them, but they could quickly visualize them.

So I decided to put together a program based on the three tenses that are common to all languages, and this is where the name of my organization actually comes from - Yesterday-Today-Tomorrow. Having formed the NGO, I put together a team of researchers from several different universities. They worked on creating the YTT language which would be used to build education programs for refugees. Since then, I’ve worked in over 40 refugee camps around the world and delivered our psychosocial workshops to around 10,000 refugee children.

Psychosocial support is basically a mix of psychological and social/environmental support for children and adults who live through trauma. It’s created by a team of researchers, all of whom are psychologists and educationalists. We have just started a 3-year program in Africa, specifically in South Sudan and The Congo, working in some of the biggest refugee camps in the world.

Our goal is to teach gender equality and human rights, and bring psycho-social education to the most marginalized communities in the world. We hope to teach between 20,000 and 30,000 refugee girls through a mixture of online workshops and in-person visits. 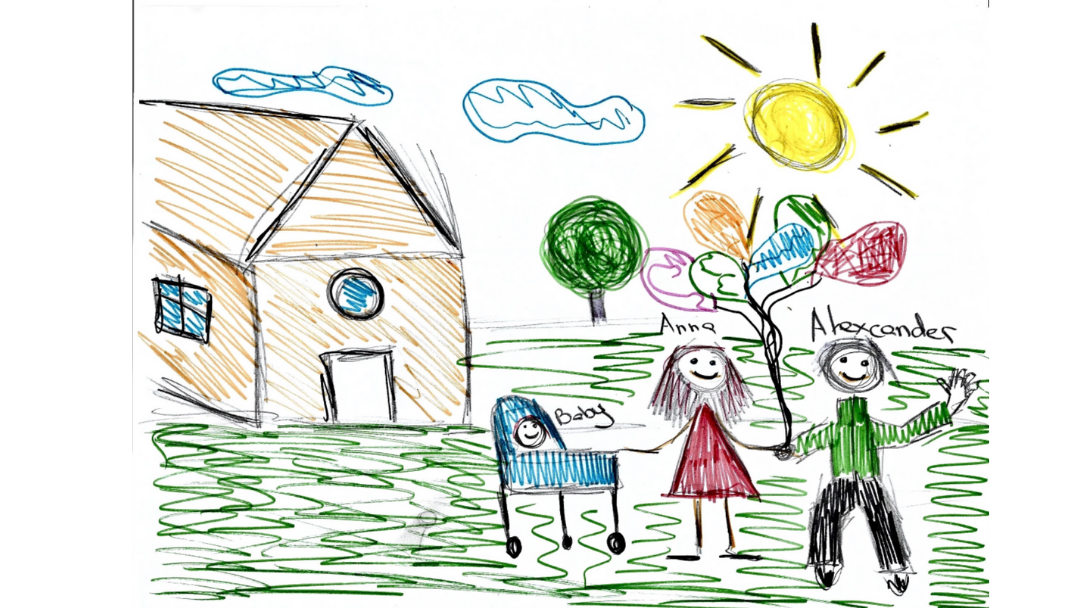 Thank you so much for the overview. And how big is your organization?

Bryan: We’re actually very tiny. But we work alongside many people on the ground in the countries and communities in which we’re trying to make an impact. We have a team of 10 researchers, and also a team of onsite volunteers. We also work with verified local NGOs - we teach their trainers and educators and then they co-develop the programs with us and tailor them to the recipients.

And could you tell me a bit more about how the program works?

Bryan: Yes. We collaborate with locally-based educators from Refugee-Led-Organisations working inside the refugee camps, giving them the necessary initial & on-going training, both on-site & through a specifically developed MOOC, lesson-programs, program evaluation/monitoring tools and monthly online support. For the target group which are 7- to 15-year-old refugee girls, very often, our program is the point zero from which to move forward, as a lack of gender-equality knowledge, understanding and rights, completely impairs girls from taking the first steps to personal development, formal-education, safety and community-life improvement.

Our program equips refugee settlements with gender-equality education, addressing the children participants, the locally-based educators and the communities in which these populations live. It gives girls/children the most imperative tools necessary to combat against discrimination, exploitation and to advance their empowerment whilst also effecting positively the health, security and economic growth of the people and living-areas around them. As a result of the local educators' input and feedback, the program develops organically where they procure a localised ownership of the program which creates long-term sustainability across the whole community.

So how did you come across Tech To The Rescue?

Bryan: We were creating a peace-building program in Bosnia with the Warchild Museum. And then when the war hit, we wanted to do the same for Ukraine. Off the back of programs that we’d previously ran, we thought, wouldn’t it be amazing if we could put together a very simple app? It could consist of four activities to support children in their time of need. We fully understand that this is only putting a small plaster on the wound, because refugee children will need long-term psychological support to deal with everything that they’ve been through. But even if we give them some momentary relief, it will be something. One of my volunteers had heard about Tech To The Rescue and reached out to the team. I had an initial call with Magda from TTTR team, who put me in touch with Sai Charan Tej, Founder at AI Quotient. We worked together day and night to bring the concept to life.

Could you expand a bit more on what you wanted the app to deliver?

Bryan: We had the learning approach, methodology and content to deliver psycho-social support to children, but we needed support to develop this into an app tailored to the Ukrainian refugee population, in their language. The idea was that all parents and caregivers could download it onto their phones and use it with their children to help deal with the trauma that they have suffered as victims of this war. We had a network of 20 local humanitarian organizations who we could send this app out to and ask them to spread the word about it. We know that it will take time for the word to get out there about it, because these organizations are dealing with a lot of issues on a daily basis. So we feel that there will be slow, but steady uptake.

What surprised you the most about the process of working with Tech To The Rescue?

Bryan: Mainly the efficiency and the speed at which everything happened. Within a week, we basically had a working app. The process of partnering was perfect! Sai fully understood what we are about and he sent me through the concept for the app literally within a day. I was so impressed.

And do you know how many users have used your app to date?

Bryan: About 30 different organizations have now logged on and we’re waiting for them to pass on the message about the app to the communities and volunteers that they work with. It’s still very early days, but we’re excited to see how many people start using it! I believe that the way forward for all humanitarian work is through the effective use of technology.

What’s even more exciting is that Tech To The Rescue wants to partner us with another tech company to help scale the digital support that we’re providing. So watch this space!