You may think that offering services for free should be at the top of the What Not To Do list of every company. And yet the opposite is true in practice. Many business leaders whose companies are involved in some form of pro bono activity observe numerous benefits, from increased staff engagement and retention, through to opportunities to boost skills. We spoke to five leaders of top IT companies to find out what their take is on corporate volunteering, and why they’re part of Tech To The Rescue.

Corporate Volunteering is here to stay

Companies are playing an increasingly crucial role in enabling non-profits to drive efficiencies, expand their digital capabilities and ultimately offer a better service to their beneficiaries. And recent studies show that levels of corporate volunteering are on the rise worldwide. A survey by IBM has revealed that 71% of US citizens want socially responsible companies, while its study of 7,000 respondents from 14 countries highlighted that 78% of people respond favorably to companies with CSR initiatives. Let’s take a look in more detail at the key benefits for businesses of engaging in pro bono activities.

1. Stand out from the crowd as a top employer

Following a year known to many as the ‘great resignation,’ in which employees decided to quit their jobs en masse, it’s now more important than ever to attract top talent. It’s a candidate-driven market and competition is huge.

So what can you do to make yourself stand out from the crowd? According to research by Porter Novelli, nearly 70% of employees say they wouldn’t work for a company without a strong purpose. A further 60% would take a pay cut to work at a purpose-driven company. Social consciousness is particularly important to Gen Z employees, who will soon become one of the largest segments of the workforce.

‍Natalia Zglińska, PR & Employer Branding Specialist at Boldare says: “Collaboration with TTTR definitely had a positive impact on recruitment. There have been several candidates who have said that our work for TTTR definitely influenced their choice of Boldare over other job offers.”

The Global Workforce Hopes and Fears Survey 2022, which draws on data from more than 52,000 workers across 44 countries and territories, revealed that insufficient pay is only a small part of the equation when it comes to reasons for leaving a job. Other important factors that employees take into consideration are flexibility, knowledge-building, and - crucially - company transparency over environmental and social governance (ESG) matters. It’s therefore apparent that engaging in pro bono activities can have a direct impact on retention.

‍Marta Klepka, Head of Growth at 10Clouds says: “Employees are very enthusiastic about socially engaged projects. It’s a source of fulfillment and it gives them a positive kick to continue working. Moreover, employees are increasingly making their employment contingent on the opportunity to be involved in such projects.”

Retention is of course linked to motivation - but motivation or morale also have a positive impact on productivity and on the company culture as a whole. There is often a sense of satisfaction and pride associated with being part of a project that results in a tangible benefit for a community in need. Many employers who have implemented pro bono schemes in their businesses have also noted a considerable rise in the levels of productivity across all projects.

Maciej Cielecki, CEO at 10Clouds says: "I soon realized how valuable TTTR’s work was, both in terms of the people who directly benefited from the project and the employees at 10Clouds, who were proud to be part of such initiatives. This is why I’m determined that the scheme gets much more attention."

Agnes Pytlewska, Head of People at Silevis Software says: “We are proud to be part of Tech to the Rescue team! Technology's mission is to shape and create the future of the world and at Silevis Software we implement this mission on a daily basis. Our People's involvement in non-profit projects, changing the world for the better gives us a deep sense of meaning and motivates us to do even more good for society.”

Pro bono projects often offer much greater scope for junior and mid-level employees to engage in tasks that they may not have yet had the opportunity to complete in commercial projects. Because of this, such projects are a great way of testing new found skills in a real-life scenario, and building in-house experience.

Michael Matejko, CEO & Founder of Silevis Software, says: "One of the greatest human needs at work is a sense of meaning and being part of a team that contributes to a positive change. At Silevis Software, the passion for changing the world is combined with business and programming competencies and an opportunity to learn, which is why we engage in initiatives aimed at solving significant social challenges in the name of the common good." 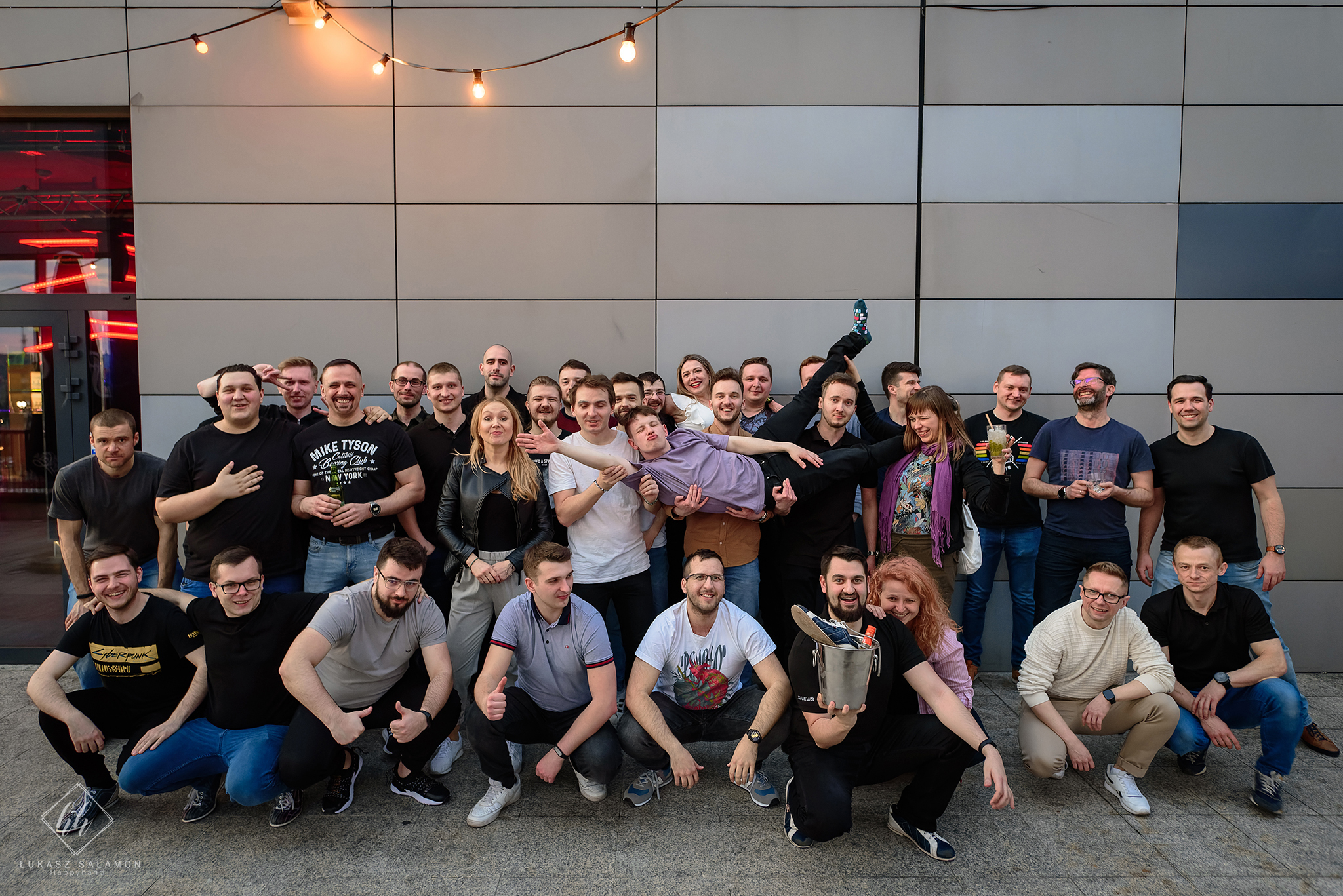 5. Build a positive business reputation and win over new customers (and investors)

A recent study by CEE Impact shows that more than half (53%) of CEE citizens prefer to buy products and services from socially committed brands, with as many as 48% willing to pay a slight premium price for them. At the same time, The Harvard Business Review has found that 58% of organizations that currently have a strong and clear sense of purpose experienced 10% or more growth during the last three years. You’d be surprised by the power of NGO networks whose recommendations have often helped businesses to win new commercial projects.

Natalia Zglińska, PR & Employer Branding Specialist at Boldare says: “Our ongoing relationship with TTTR is truly valuable for us from a business perspective, because the projects are all international, so in the future it will likely help us spread the word about our services in other European markets.”

And customers are not the only stakeholders you should be thinking about. The last few years have seen a significant rise in the number of investors looking to specifically put their money into socially responsible businesses. This has been reflected by the Principles for Responsible Investment (PRI), which brings together 2,300 institutional investors, managing more than $80t in assets. Its signatories have agreed to build ESG factors into decision-making around all investments.

We’ve come a long way, but we need your help to achieve even more!

Just imagine what could happen if engaging in pro bono work was a standard in IT and how much we could achieve together! Not to mention the benefits this would bring your company! Join us today and engage in a meaningful Tech For Good project.

As Agnes Pytlewska, Head of People at Silevis software says: "Technology's mission is to shape and create the future of the world." So let’s get started together!